B.Y.O Bring your own snacks and drinks.

“Into the Light is the kind of record that requires rapt attention, best enjoyed in still solitude. But even as Anderson’s instrument simmers, it still reaches for the great beyond, and she makes you ache to reach along with it” Pitchfork

“Her sound has strength in restless variety…Anderson’s playing is heartfelt and utterly American- free from grandstanding and steeped in respect for the old tradition.” WIRE

“Her recent Into the Light is her most satisfying solo album to date, finding new timbres in pedal steel, piano and Wurlitzer, weaving a mesmerising spell with only her fingers.” ROLLING STONE

Marisa Anderson channels the history of the guitar and stretches the boundaries of tradition. Her playing is fluid, emotional, and masterful, featuring compositions and improvisations that re-imagine the landscape of American music. Her deeply original work applies elements of minimalism, electronic music, drone and 20th century classical music to compositions based on blues, jazz, gospel and country music.

Originally from Northern California, Anderson dropped out of college at age nineteen to walk across the US and eventually landed in Portland, Oregon, where she currently lives. Classically trained, she honed her skills playing in country, jazz and circus bands. In 2009 she released her first solo guitar record, ‘The Golden Hour’, followed by ‘Mercury’ (2011) and ‘Traditional and Public Domain Songs’ (2013). More recently, she has been in demand as a collaborator and composer, contributing to recordings by Beth Ditto and Sharon Van Etten, and creating music for short films.

On her newest release, ‘Into the Light’ Anderson leaves Appalachia and the Delta blues behind as she journeys west, into the heart of the sun. Written as the soundtrack to an imaginary science-fiction western film, the record’s ten songs trace the story of a visitor lost and wandering on the shifting borderlands of the Sonoran desert. ‘Into the Light’ is shimmering and cinematic, the pieces built around pedal steel, lap steel and electric piano as well as Anderson’s signature guitar sound.

Anderson tours extensively throughout Europe and North America. Her work has been featured on NPR, SPIN,Pitchfork and in Wire. Her split LP with guitarist Tashi Dorji was named one of the top experimental records of 2015 by The Out Door/Pitchfork. She has provided music for multiple recordings, film scores, soundtracks and live shows. Recent festival appearances include the Copenhagen Jazz Festival, Sweden’s Gagnef Festival, Fano Free Folk Festival, Le Guess Who, and the Festival of Endless Gratitude. 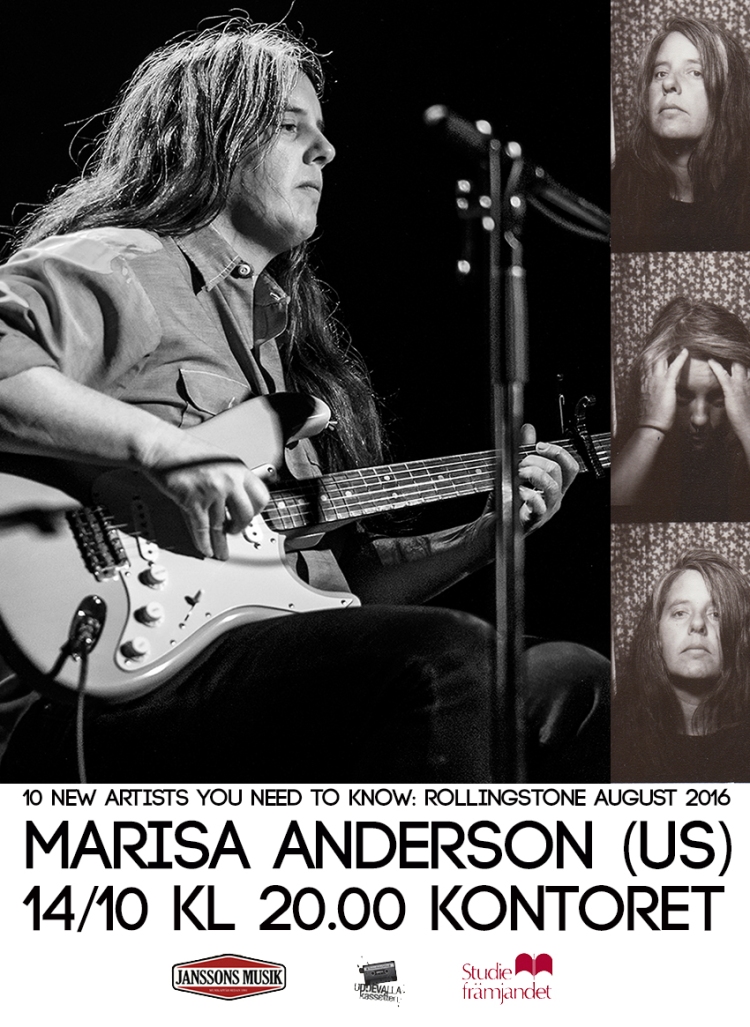